Ace Ventura is the main character and titular protagonist of his movie. He is a Miami-based private detective specializing in the retrieval of missing animals. Ace is played by Jim Carrey in the first and second movie. His odd mannerisms and childish behavior sets him apart from many other characters. He is the boyfriend of Melissa Robinson.

During the first film, Ace is introduced trying to help a woman get her dog back from her boyfriend. When he goes to claim his reward, he is paid with a blowjob. Later, Ace is tasked with not only finding a stolen dolphin, but also trying to prevent the kidnapping of Dan Marino from psychopath ex-football player, Ray Finkle, bent on revenge for costing the Dolphins the game with a botched field goal. He is certain that Finkle is the man responsible, but he is unable to locate Finkle. Ace also learns of a missing hiker who coincidentally is named Lt. Lois Einhorn and tries to figure out the connection she has with his suspect. Eventually, Ace not only discovers the connection that Finkle has with Einhorn, but also that they're the same person. This may imply that Finkle had killed Einhorn, underwent a partial sex change to assume her identity and take advantage of her position in the Miami PD. Following Einhorn to the hideout inside a wharf, he tries to test his theory on him but finds a pseudo-feminine body and actual hair. Before Ace was about to give up, Marino secretly alerts him to a bulge sticking between his legs. With concrete proof, Ace makes a short humiliating speech at Einhorn while revealing to the entire Miami PD about his true motive in killing Roger Podacter, when he discovered his true identity as Finkle ("He found Captain Winky!")! He proves it by forcibly turning Einhorn over to reveal the bulge sticking out of his silk panties. Everyone in the PD, including Marino and Snowflake reacts in disgust when they learned that Finkle had kissed them the same way as Ace. Now humiliated and exposed, Finkle makes his last attempt to kill Ace out of revenge, but he flips him over into the wharf. As he attempts to pull himself up, Ace steps over Finkle's hand and takes the ring which was indeed missing a stone to finalize his theory that Einhorn is, no doubt, the disgraced Ray Finkle. Ace begins a relationship with Miami Dolphins press officer, Melissa Robinson, while Finkle is arrested for his crimes.

During the second film, Ace attempts monasticism after a failed rescue attempt of a raccoon, only to be called out of retirement to investigate a missing sacred animal, although he has a severe fear of bats. During meditation with the Abbot, he discovers Vincent Cadby who originally hired him to find the bat is the same kidnapper who wanted the war to happen so he can take control of the guano deposits there. He thwarts Cadby's plans to have the two tribes go to war and returns the sacred bat. After the marriage between the Wachati chief's daughter and Tiny Warrior, Ace is hunted down by both tribes, as he had sex with her, and took her virginity. 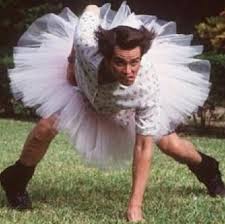 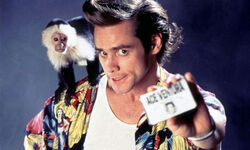 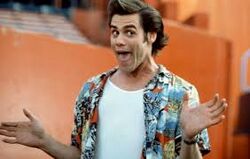 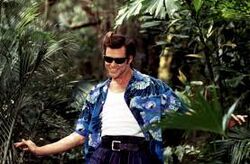 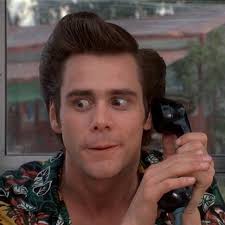 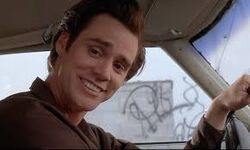 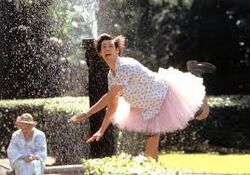 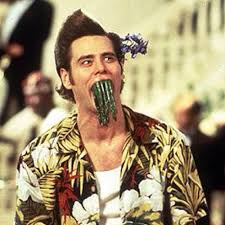 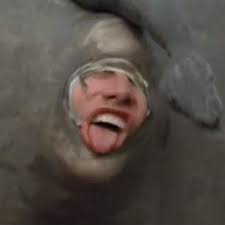